Why mums have the skills needed for the future of work

One of the interesting topics that came up at the Workingmums.co.uk’s Top Employer Awards was how we educate today’s students for a more flexible working future. Pearson, for instance, said it was looking at how to embed issues around enterprise and flexible working into the curriculum.

Next post
Mapping a way through choppy waters: a guide for today's leaders

Speakers said a future of more insecure jobs and self employment would have implications not just for benefits packages and taxation but also for how we tackle the mental health and other issues around work life balance. There has been a lot of talk in the last few years about self employment.

Given the rise in people working in a self employed capacity, including disguised self employment and those who have been forced to go self employed due to an absence of alternatives in the aftermath of the 2008 recession, there has been an interest from policymakers in increasing tax revenue from self employment.

Yet increasing tax levels to parity with employed counterparts without also increasing rights [such as parental rights] means that the incentives for going self employed are substantially reduced. The idea behind going freelance was that the insecurity was offset by the potential for greater earnings as well as greater freedom. But that trade-off has been eroded due to the use of disguised employment and by the fact that at the lower end of the earnings spectrum the self employed are sometimes being paid less than the minimum wage.

What is also interesting is that the skills employed people will need for the future are those that many self employed people have or develop as they go along: self-motivation, creative thinking, good organisational abilities, time management, resourcefulness, resilience, adaptability to change, flexibility, etc, etc. Many of the women I spend a lot of time talking to have these skills in spades.

They have created and adapted and made things work somehow or another, often in challenging circumstances. Those working remotely have learnt new skills, even if only to deal with technology breakdowns.

They have worked around their children’s sleep patterns, around caring for elderly parents, sick children and all sorts. It can be exhausting and there is no doubt that more support is needed in terms of work life balance and mental health. Often women have formed their own groups to help each other.

When I write up interviews from the workingmums.co.uk’s Top Franchise Awards I am constantly struck by how the winning franchise businesses, often run by mums, devote a lot of energy to support mechanisms for remote workers. I think such businesses are often overlooked because they are run not only by women, but by mums. Yet couldn’t we instead look to them as good models for the future of working?

It’s not just franchises, though. A lot of the skills listed above are ones that women have developed, often not through choice, but necessity. Take adaptability to change. Having a child is a massive transition and clearly not just for women [although they are still in the main the primary carer], but it’s not a one-time thing. It is followed by lots of other transitions – the return to work, having more children, adapting to the school timetable, illness, childcare changes, the teen years… the list is long.

Each change may require a chain of other changes, to routines, home life, childcare or work. That’s without mentioning the everyday micro-changes that mean a lot of your life is spent on emergency planning and problem solving to the max.

I remember being angry that it was assumed, because I was a woman, that I knew how to look after my first daughter. I only knew how to do it because I was the one doing it. You learn by doing. You develop skills by using them regularly. Women have the skills needed for the future in abundance.

Those skills just don’t get the recognition they should, which feeds into the lack of confidence issues many women feel. It pays sometimes to look back at what you have achieved, even if it is just getting through the week, especially if it is just getting through a bad week. However, wider recognition in the world of work is still lacking. It’s time for that to change. 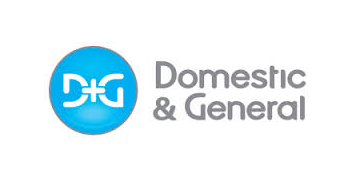 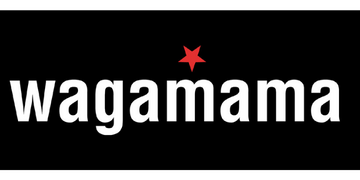 A partnership in law

Employment lawyers Charlotte Farrell and Tabytha Cunningham have been working together for...read more

@WorkingMums
MP @stellacreasy was admonished for bringing her baby to work last week. But her case is more about the right to ma… https://t.co/dKtW3nydRT

Previous post
'Female managers work for free for three months'
Next post
Mapping a way through choppy waters: a guide for today's leaders

Five ways you can be happier working from home

SME support expert Luke Sanderson gives his advice on how to make the best of working from home, based on years of experience. read more