The rapid adaptation to remote working has helped traditional remote workers feel more included in workplace discussions. Meetings of the future need to feature both in-person and virtual participants as standard, argue three researchers based on a recent study.

Before the lockdown, people who voluntarily worked remotely were often marginalised compared with their colleagues working in the office. Studies show that remote workers could often feel professionally and socially isolated.

The physical distance between remote workers and their on-site colleagues meant they missed out on learning opportunities. Those working remotely would also frequently miss ad hoc conversations and collaborations in the workplace, formal and informal team meetings, and in-person social events, such as after-work drinks. Remote workers would often feel excluded from the team.

But when the pandemic struck many people usually based in the office were forced to work from home too. Businesses had to use technology in new and imaginative ways to allow teams to collaborate and perform work-related tasks. Our research suggests that this enforced working from home put remote workers on an equal footing with their office-working colleagues. We can learn from this to make sure remote workers don’t feel excluded in the future.

In our study, we interviewed 29 knowledge workers – that is, people who work with information in a white-collar setting – about their experiences of team collaboration during the pandemic. Our participants came from countries all over the world, including New Zealand, Australia, the United Kingdom, Sweden, Denmark, Germany and Switzerland.

We found that during enforced working from home, digital collaboration platforms such as Zoom, Skype or Microsoft Teams operated as double-edged swords. They simultaneously served as an “equaliser” by allowing greater collaboration with previously marginalised remote workers, but also created challenges.

With all knowledge workers operating remotely, digital platforms became the only channel for communicating and collaborating. To mitigate the lack of in-person conversations and meetings, some teams started to hold frequent online check-ins and regular formal meetings, virtual coffee catch-ups, after-work drinks, and digital networking events with other colleagues and associates.

Many remote workers who had previously missed out on physical after-work drinks, catch-ups and meetings could join their colleagues virtually instead. They felt much more included and part of the team. As one of our participants said:

“This has definitely removed some of the barriers between our offices in NZ, AUS and UK. We have a weekly social gathering on Friday afternoons, and this sometimes goes on for hours. I think the big difference from before is that people are already at home and don’t need to worry about being late home from the office on a Friday. ”

Being online also allowed employees working in different branches or countries to socialise, potentially leading to new opportunities for collaboration. This led to a new sense of equality and inclusion between habitual remote workers and their usually office-based counterparts. One of our participants stated:

“We’re speaking more frequently than we ever did before. Which I’m finding better just because I can communicate more regularly, and so I feel more connected than I ever did before when I used to go up once a month or once every two months.”

However, our study also revealed some challenges. Some participants reported that the virtual check-ins and meetings were too frequent and unnecessary. They can be especially challenging for those who need to take care of other domestic duties. They can also lead to virtual meeting fatigue and potentially promote longer working hours, upsetting work-life balance.

We also found that employees were struggling with group conversations due to the limitations of the digital platforms. In an online meeting, it’s impossible for multiple people to speak at the same time. Virtual networking events can also be quite challenging as people cannot mix and mingle – everyone must listen to one person, making the event quite rigid.

Three lessons for the future

With lockdown easing, employees are gradually going back to the office. As they return, we must apply the evidence that we’ve found to create a more constructive and productive work environment for everyone.

It’s important that we don’t go back to square one. So, here are three changes we think should be made.

Applying these lessons would open up the opportunity for staff to make the best of both worlds – using the home office for focused, uninterrupted work (if the private circumstances allow) and accessing the corporate office for collaborating, innovating and socialising.

This article is republished from The Conversation under a Creative Commons licence. Read the original article. 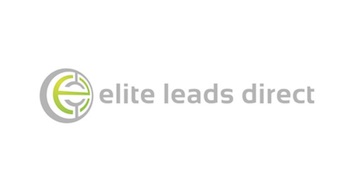 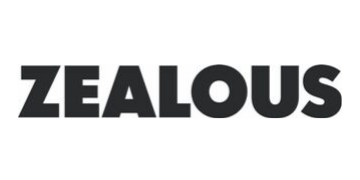 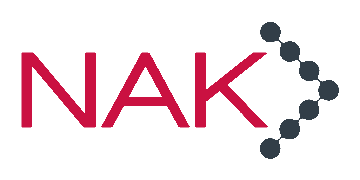 Why reducing stress in pregnancy is vital

Stress seems to have been the buzz word governing our day to day lives for at least the...read more

The Chancellor has announced a three-year £2.9 billion Restart scheme which he says will...read more

RT @WorkingMums: This is a reminder that the deadline for entries for the #TopEmployerAwards is next Friday (27th November 2020). #Employer…

@WorkingMums
Childcare consultant Angela Spencer has some advice on the importance of reducing #stress during #pregnancy, includ… https://t.co/rs6TFDPuEG