The Awards celebrate the best family friendly franchisors and franchisees. Sponsored by Lawbite, they recognise franchisors both big and small who have empowered women in business – not only by providing a successful flexible business model, but by giving franchisees the advice and support they need to succeed.

Twenty-four franchises and 24 franchisees were shortlisted for six categories and the top franchise award was chosen from the winners of each of these. Bright & Beautiful was named Overall Top Franchise with the judges saying they felt it was a franchise that would work for anyone from any background and was a model for other franchise businesses.

The online ceremony on Tuesday included an awards presentation and a Q&A session with franchising experts.

The winners of the six award categories were:

Supportive Franchisor Award – Pink Spaghetti. The award acknowledges franchises that offer the best advice and support to franchisees from the start of their journey and throughout. Pink Spaghetti was praised for the clear sense of commitment from its franchisor to her franchisees and the comprehensive support it offered. This included an immersive training programme, external business experts and mentoring, an extensive support package including video support and regular two-way communication with franchisees.

Family Friendly Franchise Award – diddi dance. The award recognises franchisors that offer the best Family Friendly concept. The judges felt diddi dance presented a strong case for family friendly working backed by an inspirational and extremely supportive franchisor who made a good business case for family friendly businesses. The judges were particularly impressed by the provision of administrative support for franchisees going on maternity leave so they can keep their businesses going.

The Franchise Award for Continuous Improvement – Bright & Beautiful. The award publicly acknowledges those franchisors who have continued to evolve and develop their offering as they have grown. Bright & Beautiful was praised for the policies it had in place to support ongoing improvement, including franchisee feedback panels and psychometric testing. The judges felt it was a role model for other franchises.

Best Newcomer Award – Cook Stars, sponsored by AIMS Accountants for Business. The award recognises new flexible businesses that are growing fast, that are making themselves known in the marketplace and show great future potential. Cook Stars was praised by the judges for being a franchise which was well thought through and presented a highly scaleable business idea.

Franchisee of the Year Award – Claire White, Seriously Fun Swimming Schools. This award was voted for by over 3,000 members of the public. Claire was recognised for her achievements in building a highly successful, profitable business, with over 350 customers and a team of part-time teachers.

The Awards are part of workingmums.co.uk’s 10th anniversary celebrations. Workingmums.co.uk started as a jobs board connecting experienced female professionals with employers and now embraces all forms of flexible working, including self-employed opportunities for women, such as franchises.

Gillian Nissim, founder of workingmums.co.uk, said: “We are delighted at the very high standard of entries in our first Top Franchise Awards. I would like to congratulate all our winners and shortlisted franchises and franchisees. We were highly impressed by the level of support and professionalism they demonstrated and believe they act as a beacon for others looking to develop flexible business models.”

Clive Rich, founder and CEO of LawBite, said: “We love working with workingmums.co.uk, who have helped recruit many of our best lawyers. We jumped at the chance to sponsor the Franchise Awards, which showcases the kind of innovative and disruptive entrepreneurs that we are dedicated to looking after.” 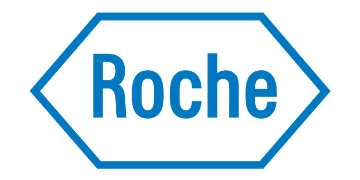 Call for alignment of tax and employment law for contractors

The Government should commission a follow-up review to the Taylor Review on modern working...read more

IR35 comes to the private sector

This week marks the introduction of IR35 legislation to the private sector. It has been a...read more

Previous post
Can my hours be split between two locations?
Next post
In search of pumpkin puree